in here i complain about kanye being kanye as if he hasnt been kanye all this time. i love kanye! ! 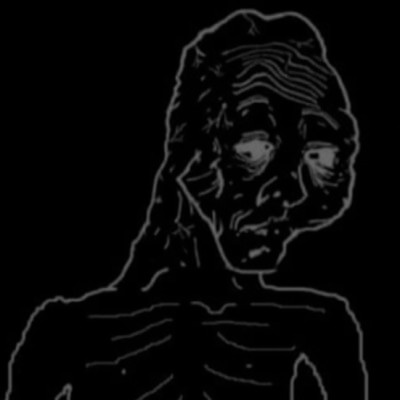 which is fine who cares. what dodnda did for me is basically just confirm a suspicion ive had for a while. that the era of New Kanye is over, and were getting a new new kanye or something like that. for the sake of clarity we'll have the following definitions:

both kanyes are vastly different from one another, yet still the same. like two separate flavors of the same thing. this new new kanye is a new flavor. its not gospel, i dont wanna say "hurr durr gospel kanye bad he needs to go back to saying piss and shit on his songs". jik was really good and had new kanyes passion and energy. but it was the border between new kanye, and the new new (current) new kanye. kinda like how 808s was the borderline between old and new kanye.

nah nah nah and wash us in the blood dropped in between jik and donda, and both of them lack the new kanye vibe(/energy?/aura?) altogether. i figured that maybe hes just in a weird in between phase, but then donda came out now and its more of the same. i dont dislike the new nnewew kanye, i just dislike calling him "new new" and also i dont really match with him. i still ///liked/// the album (ish, i hate kanye!), its just that a new era came with it and now i have to figure out how to grasp this one.

lord knows ive been through this with pablo. first few listens i hated the life of pablo and i even got headaches sometimes listenin to it lmao. but as time passed and i kept coming back to it, i discovered more and more and learned to appreciate it. to this day its my favorite kanye album and one of my all time favorite albums. doddnea doesnt sound at all like pablo and honestly, while i do appreciate it, new new wen knaye doesnt taste like kanye anymore.

i have no idea what i want to say. i have no conclusion. none. there is nothing you can take out of this. fuck you kanye west. your (reader not kanye) time was wasted. go listen to donda