oh thats right, also forgot to mention, i finished la noire. words cannot explain how much i liked it, easily one of my favorite games. if you have the chance give it a shot 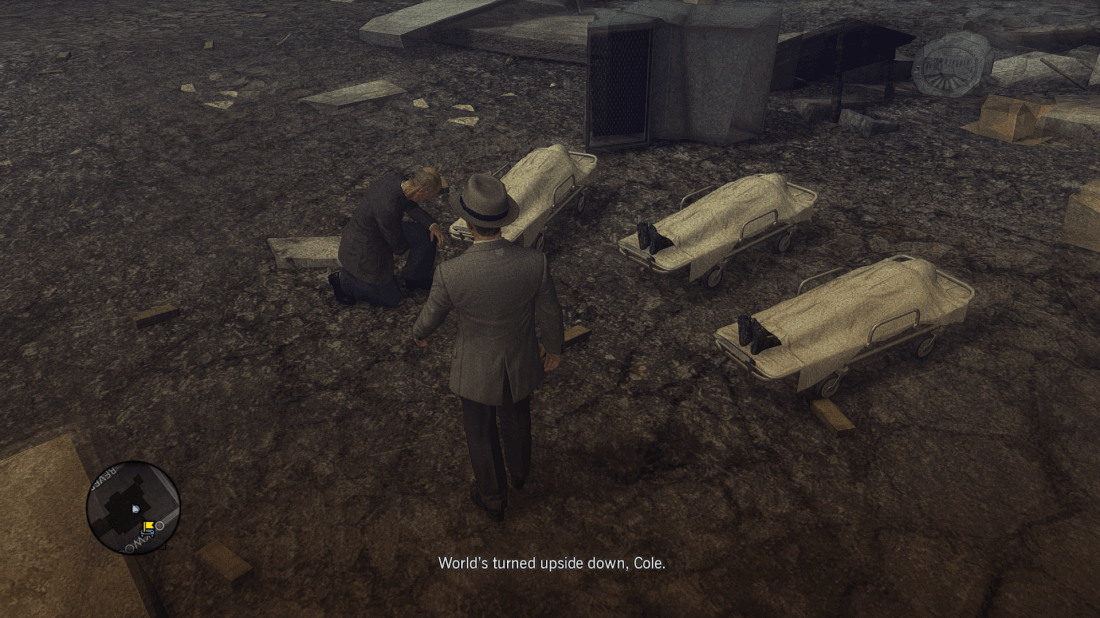 
just flew home yesterday. this one was super early in the morning, the plane took off at 7ish so i woke up at around 3. it was cool though, the views were much cooler than usual, even saw the sunrise as the plane was taking off. definitely cool.

im tired as all living hell though. but its alright since, outside of a couple things ive left to take care of for uni (, and work, but thats very manageable and i like it anyway) i have fuck all to do all day. so excited to pick morrowind back up again and to finally have some time to draw

i dont think i mentioned it before but imo black 2 / white 2 is where the franchise peaked, best engine and best official pokemon games well ever gonna get. as for blaze black 2 / volt white 2, i consider them the definitive pokemon experience and one of my fav games all time. i just started a run of bb2 challenge mode, with the intent of 100%ing it, wanting to do everything i can possibly do. then, 20 hours into it, bb2/vw2redux were announced. i put my bb2 run on hold waiting to see the full feature list, thinking that im gonna port my save to that instead if i can, or just start over there (since i wasnt really that far). well the feature list is here and its definitely cool as all hell, but,,, unfortunately,..,,,.,. implementing the fairy type made it so the game isnt playable on real hardware :( :( :( :(

which is kinda a deal breaker to me, but its still alright. like the redux features were cool.. but its nothing you cant live without. so im glad to pick bb2 back from where i left it 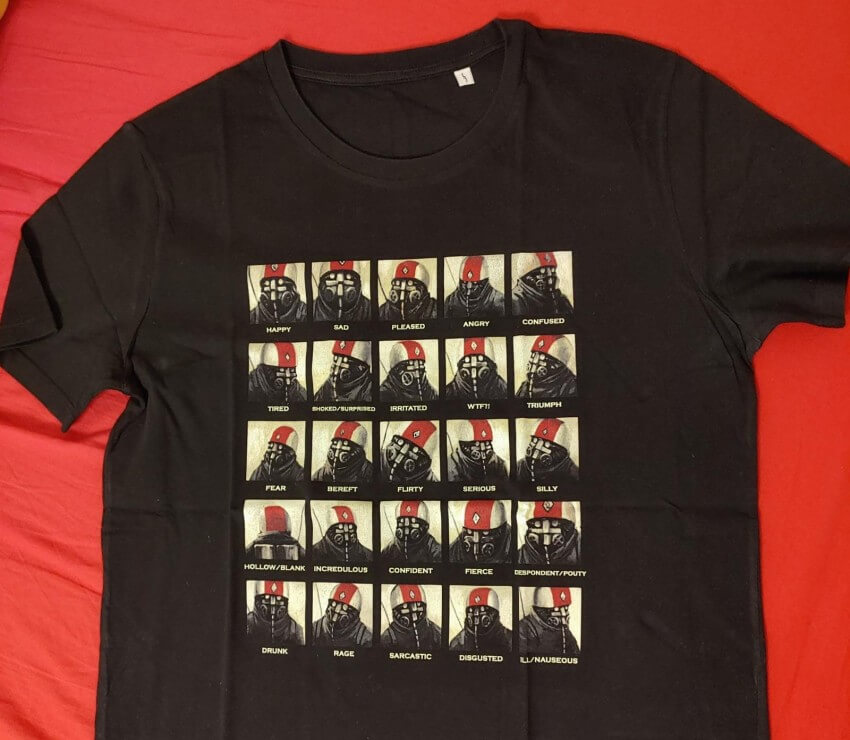 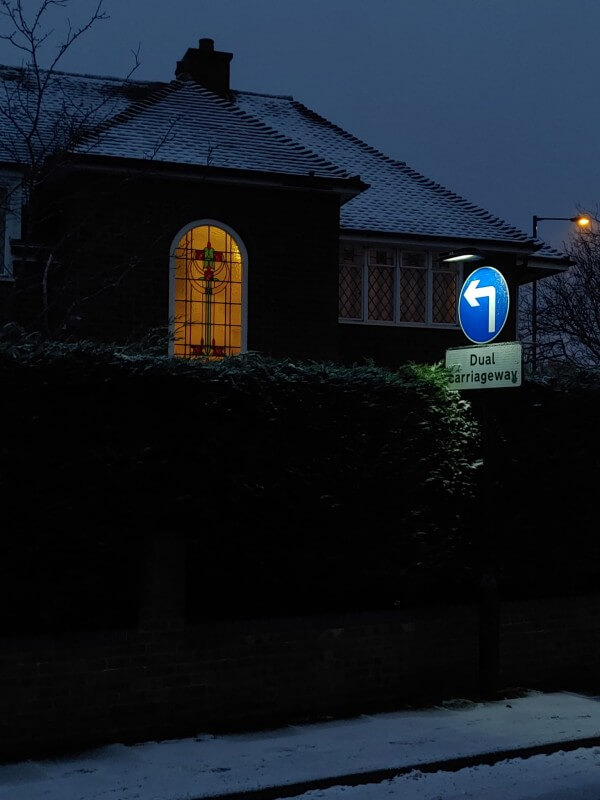 
so beautiful outside you couldnt believe it


id like to direct everyones attention to this. im planning on cleaning up my archives and starting a new one for "important" vids. on yt specifically since god knows why they might be randomly taken down. itd be fun to host a peertube instance or somethin with them in case that happens. preservation n all. ideally the pi at home could handle it, though next time im home ill redo it all again, take the hdd away from it and instead give it a 256gb sd or something. idk if it can ever read from that but you get the idea. i retired it as a piracy server and just got mullvad instead, which was long overdue

i took a walk around today. unbelieveable how nice walks can be whodve ever thought


decided to finally honor gods lonely programmer and learn holyC. goal is to have a simple game running by the end of the uni year


its been a long couple weeks all the leaves r brown and things r moving and my room flooded and multiple other exchanges. not like a flood flood its just moist somewhat and moldy so i moved out of it and made some moves with the dresser and desks and i miss taking walks

and its alright but its nice to blow some steam and i feel like archiving like half the site, you think the rolls r bottomless for free

im playing pokemon blaze black 2 and im loving every second of it. its as close as i get to that excitement youd get when getting a new game as a child. dont even know why since i played b2w2 before already, even volt white 2 too, maybe the timings right and aligned this time. its comfy either way 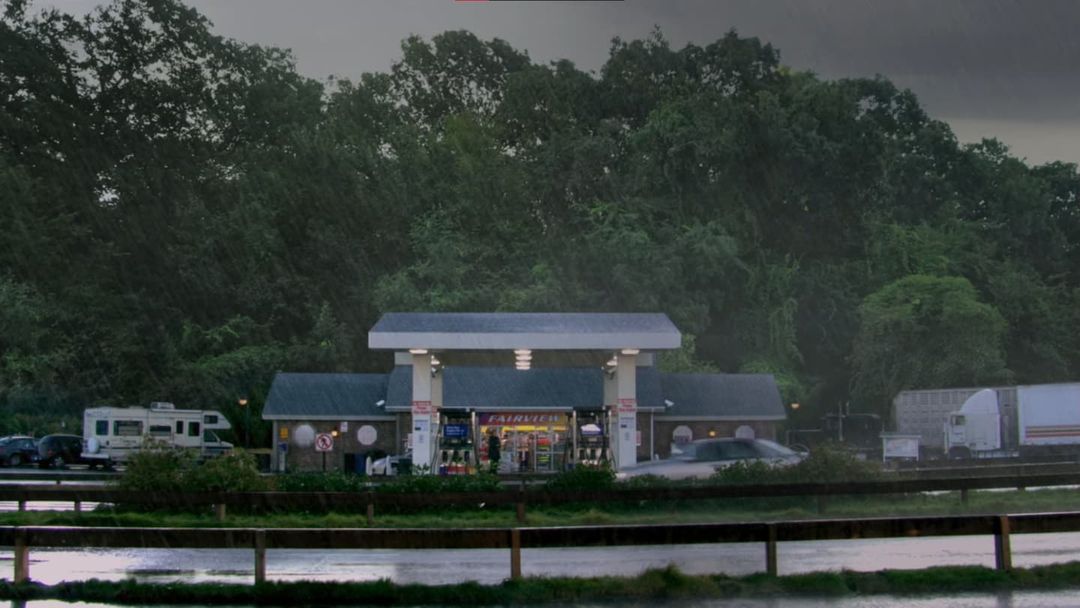 maybe ill get to draw something this weekend 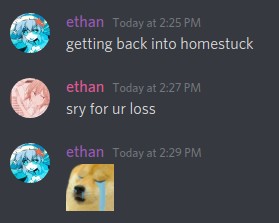 
i dont understand why i can torrent nigh anything pretty reliably, however any torrent of the office either stalls after like max 3% download or doesnt even start to begin with. no matter how many seeders or leechers, how big or small the torrent is or where im getting the magnet from, it just doesnt work. i know its some sort of higher power shielding me but gotdanmn it man let me make my own mistakes. i mustve tried like 50 magnets, both manual and through sonarr, throughout the last couple weeks but nothing not a single download worked. i have yet to admit defeat, ill keep you updated


came up in my mind suddently and went on sort of a quick dig for this. i made such a shitty plain drawing yet i remember us being so hyped and proud of it. really pure and simple, checking the thread multiple times a day for updates. whenever a new drawing was uploaded we'd have a thorough talk wether or not it might beat ours. 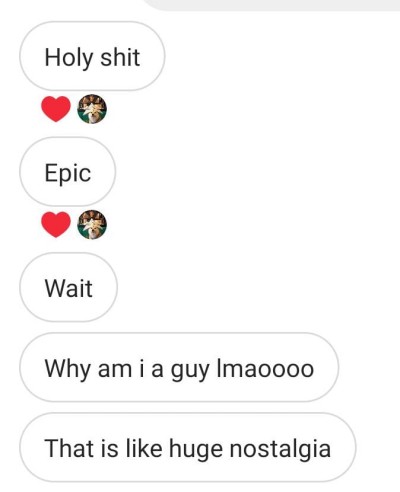 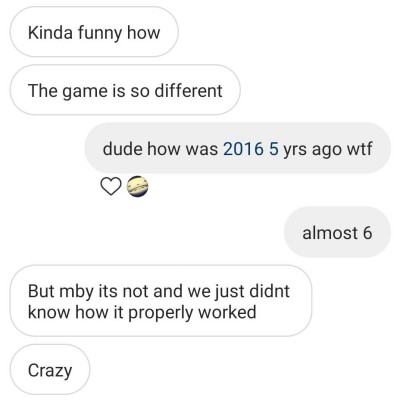 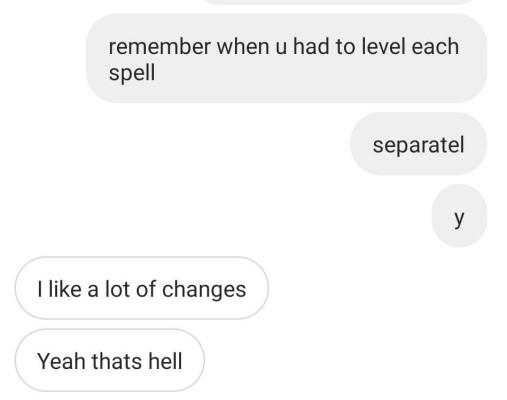 
a little out of it rn

found this cool(?????) looking card game called vampire: the eternal struggle. the way it looks really attracts me to it, even though it clearly doesnt align with my current politics (wizards and pirates, not vampires). theres an unofficial text based client, but lets be real, ill most likely just read its wiki in and out then move on

ok holy shit as i was looking into more ways to play vtes i stumbled onto lackeyccg. how have i not known of this before this looks insanely cool


busy mindless week somewhat. i just finished my first film roll. it was honestly pretty cool micromanaging my shots rather than mindlessly taking a billion pics then never uploading anything because i dont wanna go through them all 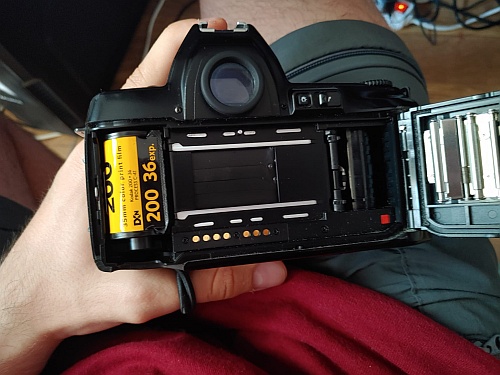 on another note last week i was away. we had this cool place where we set up camp and planned a grill. it was all really cozy and comfy, there was a river nearby where we could wash the veggies. we even bought cheese for grilling.

while the meat was marinading we played some scrabble. that's when a couple hiking nearby passed by and saw our grill set up they were nice enough to inform us that THEY MADE FUCKING GRILLING ILLEGAL WITH A FINE OF UP TO LIKE 500 POUNDS IM SORRY??? like i get it fine this place was always overcrowded with rvs that littered so much but MAn go after them not after grilling.... i jus wanna grill for gods sake

we truly do live in a society


at the risk of making this entry unnecessarily longer than it should be, the table pic is hosted on my own image server running on the infamous pi in my room. i thought that was cool


fuck it long post who cares i wanna say this too: i'm starting to think graduation is better than the life of pablo. i swear i listen to other things too, but i just had this in the back of my mind for a while for some reason 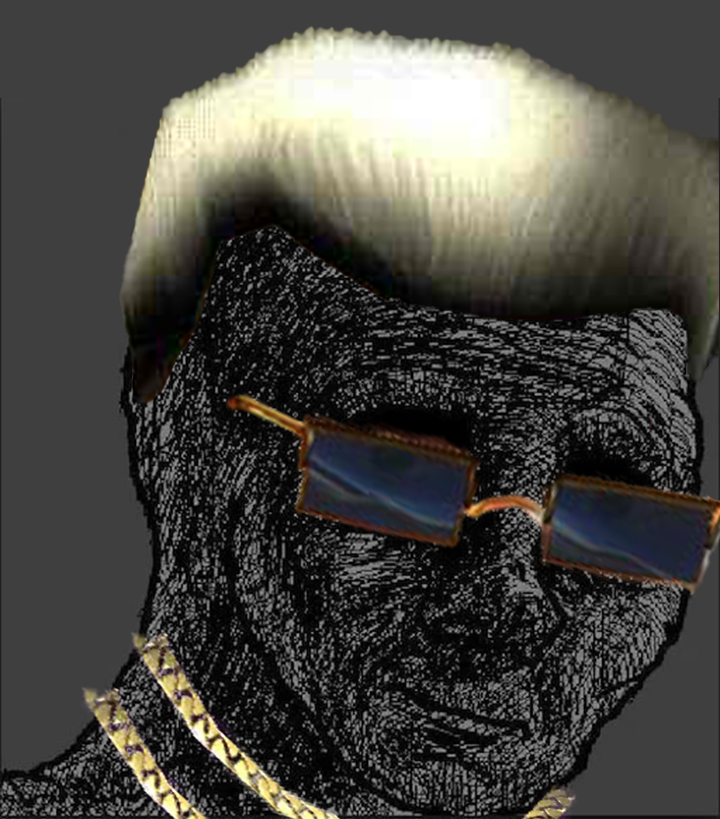 
struggle grind am i right guys


a fairly cool thing i noticed about me lately is how much i long for being outside rather than idk whatever id be doing inside. and by outside i mean mostly going on random bike rides. either very early in the morning or late evenings when the weathers in the low thirties.

i always liked walking but i dont have the same kinda drive for that as i do for going on a bike ride (i still go on frequent walks though, and while im at uni i dont even have a bike so its all i have). i guess thats cool and honestly i dont care enough to look into the how and why ive been having such a high biking apetite lately, ill just enjoy it one ride at a time :)


if theres anything to learn from this

theres always bigger fish out there


i finally get to use my github for actual real work not just shitposting dumb discord bots and the likes. just hope theyll be safely ignored :)

on the other hand im home and its a 20 degree (C why would u use F) temperature jump to what i was used to. its cool tho, i went out with my bike today


okay doing much better covid wise, gonna start working regularly on this again.
on another note, i started getting insanely into wakfu again. started playing it again with a friend of mine, but this time i'm actually doing pretty good, 15 year old me would lose his mind. also rewatched the show and caught up with season 3 and the ovas, which i've never seen before. i have trouble explaining the feeling i got watching the third ssn but it's so nice, kinda like nostalgia but way better. wakfu always meant a lot to me and going back into it this deep is such a fun time for me. idk really where i'm going with this i'm just really excited honestly


this covid shit rly gets to me 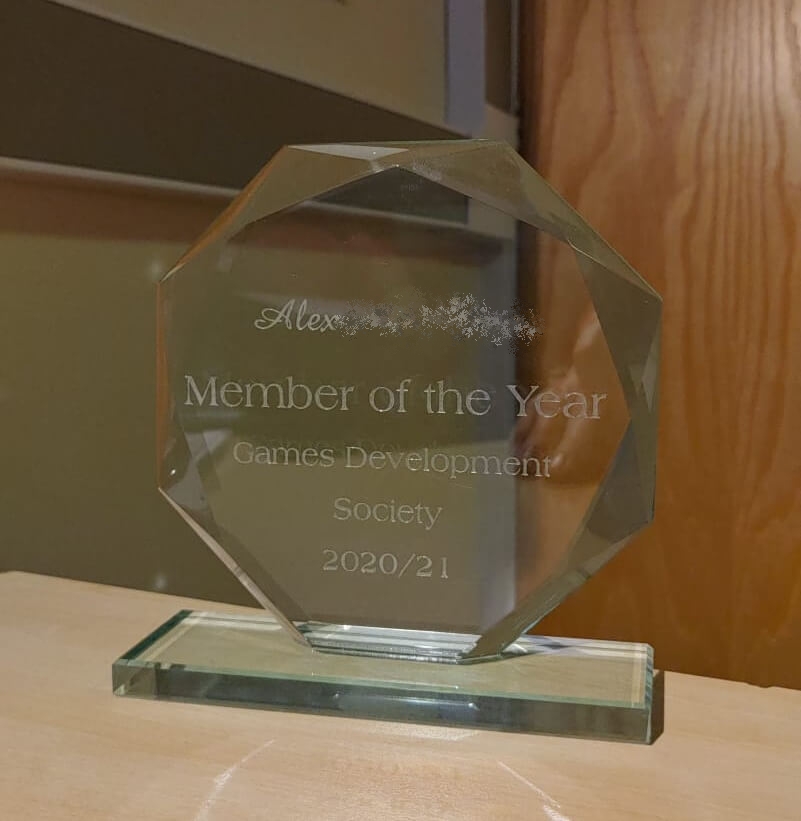 you have no idea how hard it is to take pictures of glass.
fingers reveal i know they look like toes in that pic idfk why that is im not taking more pictures.


once again there's times of mass confusion. ive been toying with the idea of picking up gamedev again for a while now, and there's no better time for it than now. my uni is done, and my current housing contract doesn't run out for about one more month. no time like the eternity of the present huh? i'll close my eyes for one moment and the moment's gone, so maybe i should pull out google docs more often. one paragraph a night maybe?

on another note ive been browsing through the first rendition of this(?) website. its a local copy only, (fortunately? hehe) not hosted anywhere but im really thinking about stuff i used to write there,, maybe i should try again. i keep saying i will once all the core stuff/pages i indexed but didnt actually make yet are done. itd be such a shame to leave the logs empty alas i wonder if dumping in the same manner as before would fit me now. at least a little bit of it lives on through the bottomless cheese holes title, a nice homage
heavy thoughts for this morning good thing i had a decent breakfast :) 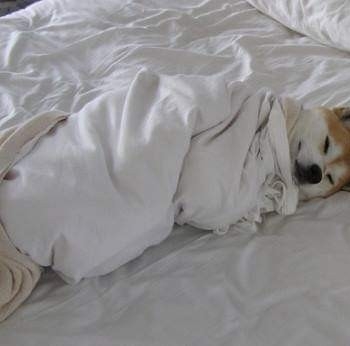