coming out as a jojo fan 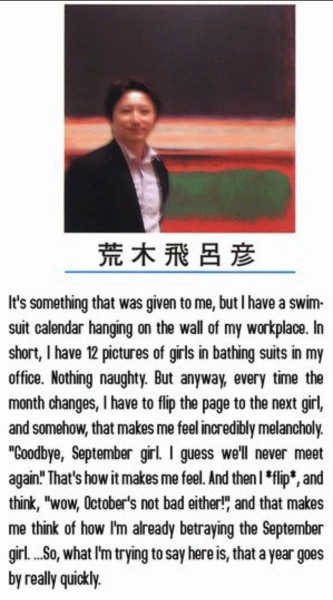 i've been having a sort of personal renaissance lately. i started reading jojo again. i just wanted to reread part 7, which is not only my favorite part but i think one of my favorite pieces of media as a whole. is media a good word? i can't think of a general word for books, shows, games, movies, etc. anyway you get the point. i figured i also wanted to reread jojolion eventually once the colored release ended, and since i never actually read parts 1 thru 4 (only saw the anime for those) i might as well just go through the whole thing. im about halfway through part 4 now. im really glad im doing this. i was left with an odd, sour taste for jojo. i stopped calling myself a "jojo fan" in about 2018ish-2019 because of a bunch of reasons. mostly ass (read toxic, as much as i dislike the word used in this context) interactions with a set of people. since then i've just caught up with jjl about every five months, but never really enjoyed it. or rather, let myself enjoy it

i always knew jojo the franchise was never actually shit and it was just the things and people i associated with it that were shit. figured maybe i should let myself enjoy this, and boy do i enjoy it. sure, the stories are good and fun and the art is amazing, but my favorite thing in a piece of media (seriously, there MUST be a better word) for me has always been the worldbuilding. the lore, the systems put in place, lists and graphs made around the canon. i'll often spend more (ok maybe not really more but a real siginificant amount of) time on the wiki of said media than reading/playing/watching the thing. i like it when things have a structure, even if it's not a hard system, you can see the author/s care about a world they're making, or that effort was put in it. a well made canon is like a toy which you can either just have and put on a shelf and admire or actually pick up and play with yourself using your imagination

im not sure how clear my usage of the term "system" is here. i feel obligated to mention the (probably even more confusing) concept of hyperflexible mythology with the linked post attached to it, which kinda(?) explains it, though im reluctant to use the term since officially (canonically, if you will) it's pretty ill defined and i have seen multiple people use it in differing ways. system is the best word for it, and this isn't the point anyway

the main system in jojo, stands, is so simple yet so unique and allows for near endless possibilities. it is the only system i've seen which allows for virtually anything to become a power or a gimmick, as complicated and over the top as it will get, and still feel at home within the world it exists in. it even allows for its own further expansion with stuff like acts, sub-stands (the stand-like abilities for stands, see melt your heart, sheer heart attack or epitaph), requiems, heaven ascension (i guess counts?), etc. i think it's a perfect system, well explored, well defined and fully taken advantage of its potential. i could spend weeks just toying with this concept alone. "hey i wonder what sorta stand this song would make", "what sorta stand would this character from somethign else have", "i wonder what a d4c requiem would look like", or making up and drawing my own stands, something i've done extensively already

and then on top all of this is the beautiful art style jojo is wrapped in. 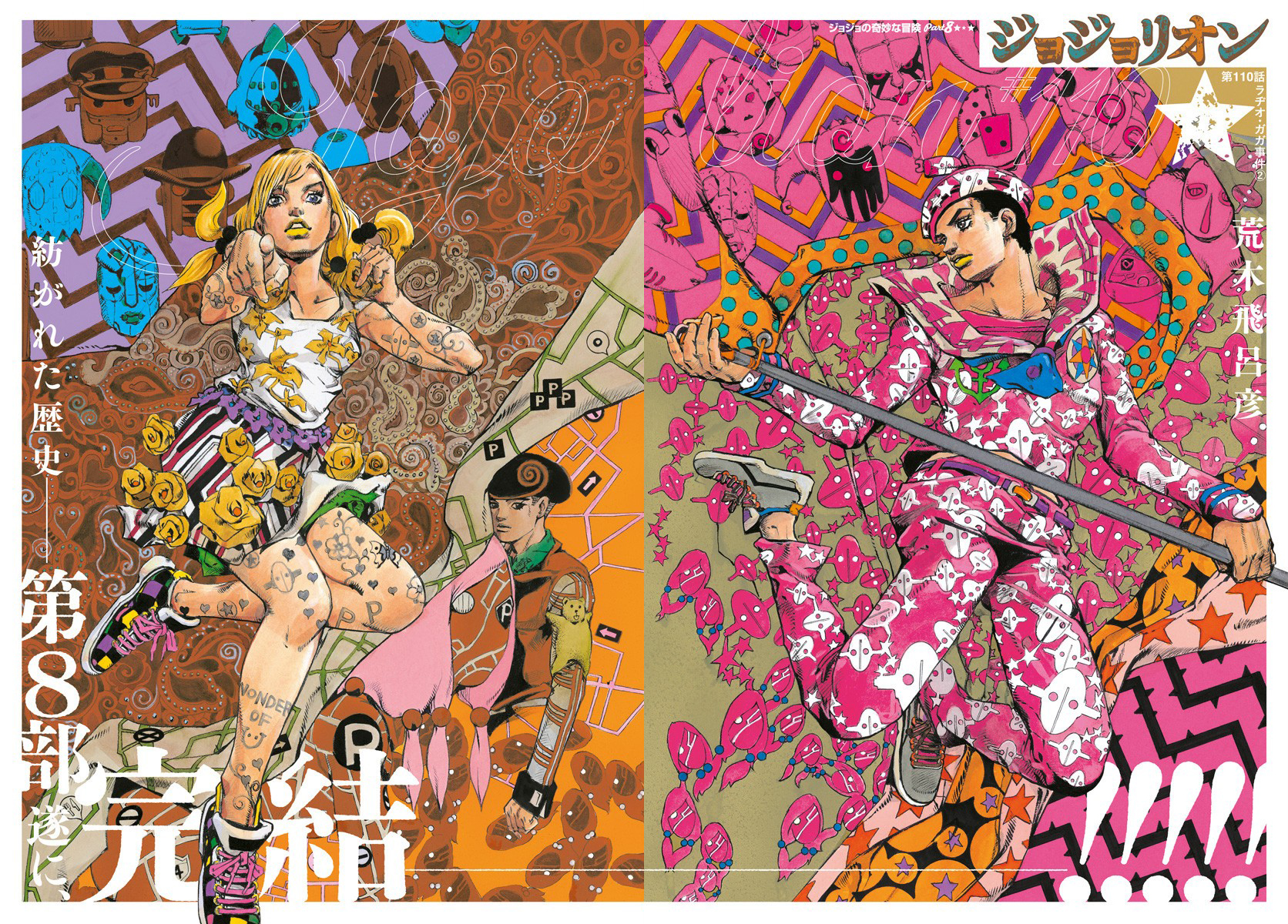 characters were already unique but if that wasnt enough, stands once again offer limitless design opportunities

i also had tremendous amounts of fun cosplaying jojo characters. i did gyro and diavollo, and a few props for some friends. it's all amateur stuff, mostly cardboard and tape, but it's so fun. i miss walking around a con and having people randomly take pics with me and do poses and say lines and shit. i met a few friends this way too. theres a con i'll go to this summer and i plan on revamping my gyro cos, which is the best cos i've made yet and the one i've had most fun in, and also make j8suke. j8suke should be really easy since its just a matter of finding a good sailor suit and making all the accessories for it out of cardboard. idk what state the gyro cos is in since its a few years old and the (cardboard) hat has been through multiple rains and tight bags and suitcases, i'll see when i fly home. if you find yourself at the east european comic con this summer shoot me an email or something


ok honestly since i started writing this i stopped, went to cook dinner, vacuumed, ate dinner, chatted with a friend and watched the latest ben ten breakdown so i kinda forgot where i was going with it. in short, i'm glad i started reading it all again and cleared the air around it, it feels good to enjoy something i like